The CCDC Army Research Laboratory (CCDC ARL) is the Army’s Corporate Laboratory for basic and applied research. We focus on all aspects of foundational research for the Army excluding medical research (U.S. Army Medical Research & Development Command) and environmental/infrastructure research (U.S. Corps of Engineers). Our efforts include power & energy from the individual soldier to small and large scale vehicles, weapons and armor technologies, cyber, communications, & computing, AI & machine learning, rotorcraft & ground vehicle technologies, human sciences including neuroscience, sensors & autonomous sensing, electronics, and directed energy technologies. CCDC ARL is faced with many highly challenging technical needs and we are committed to engaging the academic community to help us solve them. This seminar will discuss the breadth of CCDC ARL’s research activities and give more details on the Sensors & Electron Devices Directorate. It will also describe our collaboration programs including faculty research collaborations, post-doctoral fellowship programs, and graduate and undergraduate student research opportunities. A discussion of the ROTC Summer Internship program will also be included. 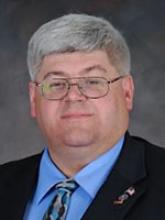 Dr. Fell is currently the Associate for Strategic Outreach in the Sensors & Electron Devices Directorate of CCDC Army Research Laboratory. Dr. Fell earned his BS in Chemistry at Stevens Institute of Technology in Hoboken, NJ in 1985 and his Ph.D. in Chemistry from the University of Illinois Urbana-Champaign in 1993. He worked for Parke-Davis in the pharmaceutical industry from 1985-6. He was a National Research Council-Army Research Laboratory Post-doctoral fellow in Weapons & Materials Research Directorate of ARL from 1994-6 and in the Sensors & Electron Devices Directorate (SEDD) from 1996-7. From 1997-9 he worked for the Physical Sciences Laboratory, New Mexico State University at ARL in the Computers and Information Sciences Directorate, Battlefield Environment Directorate. From 1999 until he was hired by ARL in 2000, he worked as an American Society for Engineering Education Post-doctoral Fellow in the Optics Branch of SEDD-ARL. He served as Acting Branch Chief of the Optics Branch of EO&P in 2004-5, as Associate Division Chief of EO&P from 2005-6, Branch Chief of the Optics Branch from 2006-12, and the Acting Deputy Director of SEDD in the Fall of 2006. From May 2012 through Jun 2016, he served as a Visiting Scientist in the Department of Chemistry and Life Science and the Photonics Research Center at the United States Military Academy (USMA) at West Point, NY. His research interests focus on Raman spectroscopy, energetic materials characterization and detection, chemical and biological threat detection. Most recently, my research investigated the use of UV Raman spectroscopy for explosives and energetic material detection on surfaces and the use of hyperspectral imaging to investigate various biological systems.