Application of Nanowires in Photovoltaics

Photovoltaics based on nanocrystals, nanowires and their composites have attracted much attention in scientific community as well as industries. This talk will present the achievements in nanowire photovoltaics. The special structures have potential for improved device performance in solar cells due to increased junction area and improved charge carrier collection. The advantages of the nanowire photovoltaics include reduced reflection, light trapping capability, improved band gap tuning, and increased defect tolerance, which are expected to reduce the quantity and quality of material necessary to reach high efficiency and allow for cost reductions. However, low energy conversion efficiencies are often observed in such devices as compared to those with planar structures. Certain challenges have to overcome before high efficiency can be achieved in nanowire photovoltaics. 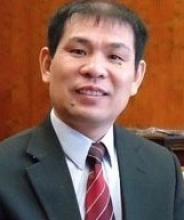 Dr. Cui is professor and Chair of Physics Department at UNT. He received his Ph.D. degree in physics from University of Science and Technology of China. Then he did research in several institutions including Max-Planck-Institute for Solid State Research, University of Cambridge, and Dartmouth College. He had served as Director of Arkansas Center for Nanoplasmonic Solar Cell Research which was funded with $6.67 million by NSF while he was faculty in University of Arkansas. Prior to joining UNT, he was Department Chair of Physics and Materials Science in University of Memphis. His research has been focused on nanomaterials and their applications in electronics and optoelectronics such as transistors and photovoltaics.