Containerless processing or “levitation” is a valuable tool for the synthesis and characterization of materials, particularly at extreme temperatures and under non-equilibrium conditions. The method enables formation of novel glasses, amorphous phases and metastable crystalline forms that are not easily accessed when nucleation and growth can readily occur at a container interface. Removing the container enables the use of a wide variety of process atmospheres to modify a materials structure and properties. In the past decade levitation methods, including acoustic, aerodynamic, electromagnetic and electrostatic, have become well established sample environments at x-ray synchrotron and neutron sources. This presentation briefly reviews the methods and then focuses on the application of aerodynamic and acoustic levitation to synthesize new materials. This is presented in conjunction with non-contact probes used to investigate the atomic structure and to measure the properties of materials at extreme temperatures. The use of aerodynamic levitation in research using small and wide-angle x-ray diffraction, XANES, and neutron scattering are discussed in the context of technique development. The use of the containerless methods to investigate thermophysical properties is also considered. We argue that structural motifs and in the liquid state can potentially lead to the fabrication of materials, whose properties would differ substantially from their well-known crystalline forms. 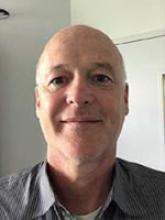 Chris Benmore was educated in England receiving his PhD in experimental physics in 1993 from the University of East Anglia. Chris worked as a postdoctoral fellow in Canada and at the neutron scattering center at Los Alamos National Laboratory. Returning to England, he was a neutron scientist at the Rutherford Appleton Laboratory, before crossing the Atlantic again to become a physicist at Argonne National Laboratory, where he has been working for the past 17 years. Chris was in charge of the neutron Glass, Liquid and Amorphous Materials Diffractometer at Intense Pulsed Neutron Source from 2000-2007 and for the past ten years has helped develop the technique of high energy x-ray diffraction for studying the structure of disordered materials at the Advanced Photon Source. Chris has co-authored >195 research publications, primarily on glasses, liquids and amorphous materials, with an emphasis on structures and phase transitions at extreme conditions. Chris has been an adjunct professor in physics at Arizona State University since 2008 and works closely with the Chicago-based company Materials Development Incorporated. In 2012 Chris received the University of Chicago medal for distinguished performance in sustained research, the highest honor awarded by Argonne National Laboratory.