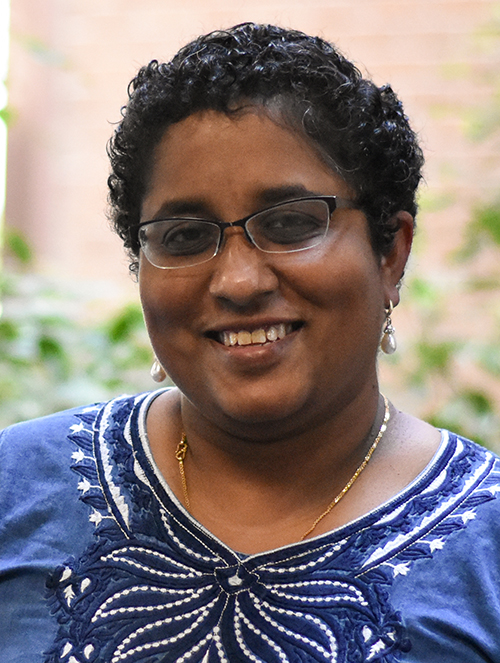 The first, a collaborative $2.5 million grant from the National Science Foundation – $450,000 of which goes to UNT – pulls expertise from UNT Engineering, Missouri S&T and the University of Oregon to develop a novel software that will allow users to analyze and change dynamic network graphs better than they’re able to now.

Dynamic networks are networks where connections between entities vary and change over time and can do so immediately or gradually, such as in social media networks where new friends are added and older acquaintances may go separate ways or disconnect. These networks may also include changes in routes based on the speed of traffic or the changing costs of airfare.

Bhowmick and her team of undergraduate and graduate students will develop the algorithms used for the software, specifically looking at how graphs change and locating specific snapshots in time that help determine when the change happens. The more gradual the change, the more difficult it is to pin down the transitional period.

Current methods require researchers to create and analyze a new dynamic network each time a change occurs, which can be time consuming and strenuous. The team’s software will make it possible for users to no longer have to reconfigure the entire network, but rather, identify where the specific update is needed in the graph and make the change.

“We are providing software for dynamic graphs that can let people do analysis quickly with available graphs and help them understand how graphs change,” said Bhowmick, associate professor in the Department of Computer Science and Engineering. “At some point in the future, we hope that the software will also help people simulate the changes they make on these graphs.”

Bhowmick’s second grant is another $100,000 grant from the NSF, $30,000 of which will go toward UNT. The research is a continuation of a previous grant on multilayer networks and is a collaboration with the University of Texas Arlington and The Pennsylvania State University.

Multilayer networks occur when there exist multiple features between entities, such as friends connected through multiple social media platforms or towns connected by roads, airlines and bus routes.

“For this project, we’ve proposed a novel method called ‘decoupling,’” said Bhowmick. “We’ll use this method to analyze each network of a multilayer network separately and then combine those results for a final answer.”

Bhowmick’s third NSF grant provides $16,000 toward a Research Experience for Undergraduate (REU) program focused on the multilayer network project. REU grants sponsor undergraduates interested in research. As part of the REU, students will investigate how graph neural networks can be used for analyzing multilayer networks.