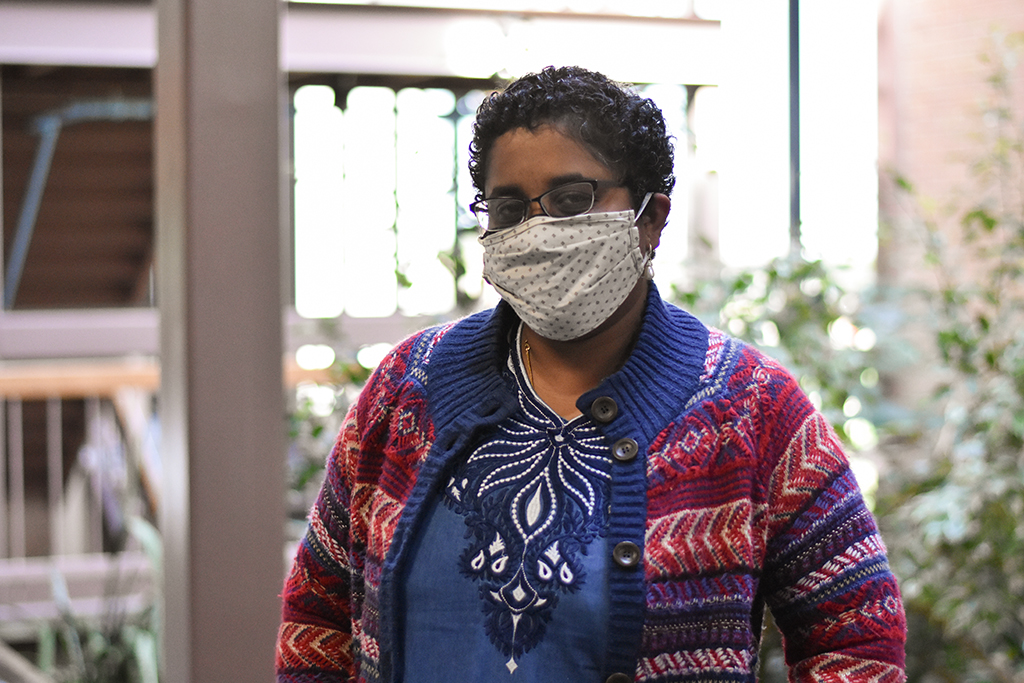 If you’re a binge watcher, avid online shopper, or heart all the social media channels, then UNT associate professor Sanjukta Bhowmick’s research might be of interest to you.

She’s received a new $320,000 grant from the National Science Foundation to develop theoretical foundations and software to more effectively analyze large multilayer networks, like those used by organizations like Netflix, Amazon, or Facebook to determine user recommendations.

The method behind the process is graph theory, and it can be rather complex.

“A lot of graph theory is based on one feature,” said Bhowmick, a faculty member in the Department of Computer Science and Engineering. “On social media, if you are connected, you are friends. That is one feature. If you’re watching a movie, and it is an action movie, that’s one feature. Ultimately, these companies are connecting people with similar interests based on graph theory.”

Bhowmick’s research focuses on graph theory. The basic unit of a graph is a point and two lines. The set of points and lines make up one network layer. A network could be anything from social constructs, like two people (points) becoming friends on social media (line), proteins that are connected biologically, or cities connected by a highway.

“In reality, most things have multiple features. So, that action movie may also have an actor in it that you really like. That’s a second feature. Or, perhaps, you like watching movies in a specific language, that’s another feature. For each feature, you could make a network,” she said. “So, you wind up with all these features connecting movies together that you can analyze, but we want to do analysis on multiple features or graphs representing them at the same time.”

That’s where the challenge comes in and where Bhowmick’s research could reshape how researchers and industry professionals use graph theory.

“If we want to be able to find clusters in these graphs, we have to combine all the graphs together, but we could lose some of the language in doing so,” said Bhowmick. “With our method, we’re hoping to make it so there isn’t any loss of data.”

She, along with collaborators at UT Arlington and Penn State, will use a divide-and-conquer technique called network decoupling to subdivide the multilayers for easier analysis.

“This project will provide a new capability for multiple research communities and will build a repository for multilayer networks,” she said.

Bhowmick says the same method could be used for applications in technology, biology, or epidemiology, like determining COVID-19’s spread, among other areas.