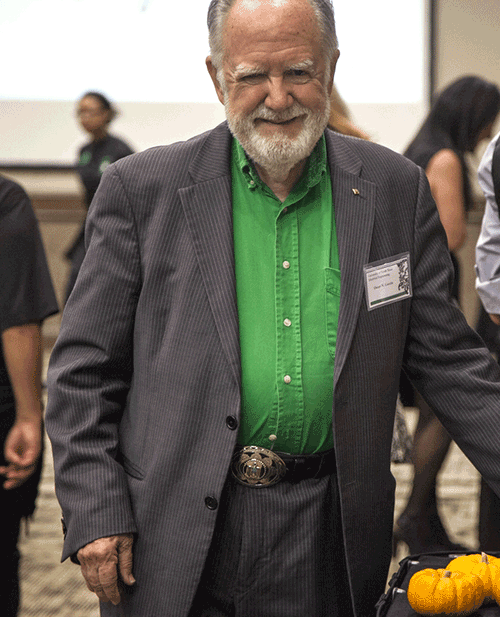 Oscar N. Garcia has always been up for a challenge. Fired up with an interest in electrical engineering and education, the NCR endowed professor took on the feat of becoming UNT’s first dean of engineering – an opportunity that would set the foundation for the college’s success today and for decades to come.

Garcia’s engineering story began in Cuba at the age of 17. After graduating valedictorian from high school and enrolling at the University of Havana, the university closed due to political unrest. So, Garcia started working at an international telephone communications station where he was responsible for radio, microwave and over-the-horizon equipment maintenance and operation. This on-the-job exposure nurtured his interest in all aspects of electrical engineering, ultimately prompting him to apply to North Carolina State University to continue his studies. There, he earned both his bachelor’s and master’s degrees in electrical engineering in 1961 and 1964.  Following a brief stint at IBM and Old Dominion University, he obtained his Ph. D. from the University of Maryland in 1969.

After receiving tenure at other universities and garnering 40 years of experience in higher education, Garcia was invited to throw his hat into the ring for the new College of Engineering position at the University of North Texas.

It was during this time that he sought advice from friend and then-dean of the College of Engineering at the University of Texas at Arlington, Bill Carroll.

“He said to me, ‘Oscar, you are getting an empty shell of a building.’ By this he meant that the former Texas Instruments missile research and development facility had a lot of open space and undeveloped grounds. For our use, everything would have to be built up – classrooms, labs, faculty offices and collaboration spaces,” said Garcia.

Garcia accepted the challenge in 2003 and got to work. He started by organizing the existing departments of Engineering Technology, Computer Science, and Materials Science under one roof.

“I thought it was very important to build upon the foundation we already had with these departments,” said Garcia. “It enabled us to provide accredited engineering education to men and women and valuable employees to North Texas and national industries.” 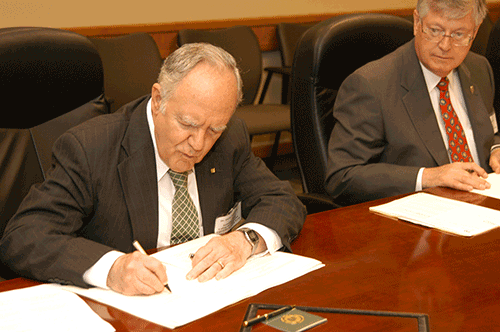 During his tenure as dean, Garcia worked with university and state leadership to open the College of Engineering’s doors at Research Park, now Discovery Park, and established the Center for Advanced Research and Technology (CART) with initial funding of $3.1 million from the Army Research Laboratory. CART, now the Materials Research Facility, is one of the most advanced university research facilities in the nation for materials analysis.

“Oscar was very good at thinking out of the box,” said Reza Mirshams, engineering technology professor and former associate dean for academics. “As we were creating the college, we had three guiding principles: student recruitment, student retention and student and faculty research. The three R’s.”

“When working with Oscar, students really came first,” said Bill Buckles, computer science and engineering professor. “The next trip to D.C. was not as important as working to get the bus schedule aligned with the class schedule or negotiating the use of dining service credits in the Discovery Park cafeteria. Student success was integral to the college.”

“I was very impressed with his vision for the newly formed college, and his emphasis on the quality of our educational and research programs,” said Varanasi. “He not only worked hard at achieving the goals for the college, but also inspired us to achieve the goals for the departments. It was indeed my pleasure to work with him during his tenure as dean.” 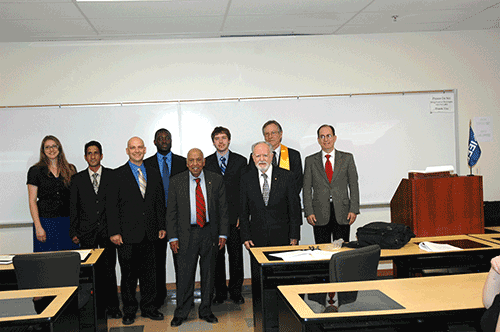 But after five years, Garcia was ready to step aside to pursue his research interests and let someone else take the helm. With interests in the fields of computer architecture, Human-Computer Interaction and quantum computing, Garcia has developed and taught interdisciplinary courses and projects involving information theory, coding, cryptography, and more recently, quantum computing.

From fostering and establishing new departments and labs to revitalizing a former TI building to house a budding engineering college, Garcia took each new opportunity and challenge and turned it into a legacy at UNT. Now, Garcia is on to a new opportunity: retirement.