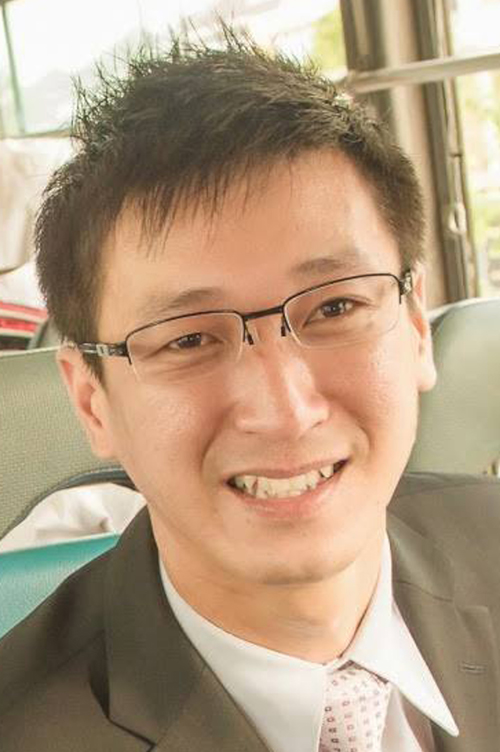 Kian Huat (Eric) Lim is proof that education and an open mind can take you far in life. When you meet him, he’s the kind of person who’s incredibly intelligent, but also incredibly humble.

Locked away in his home since March thanks to the global pandemic, the computational biologist has been plugging away at pursuing disease-modifying treatments for genetic epilepsies, collaborating with fellow researchers as a member of COV-IRT – the COVID-19 International Research Team – and toying with the idea of starting his own business.

And he jokes about being a bother to his cat.

But all jokes aside, the UNT Engineering alumnus was recently named to the national 40 under 40 in Cancer list. It’s a prestigious list of rising stars and emerging leaders contributing to the study and treatment of cancer, and is sponsored by The Lynx Group, Upstream Partners, Swim Across America and The National Community Oncology Dispensing Association.

“It’s very humbling, and I’m so honored to have even been nominated,” he said. “While awards are usually given to individuals, the path to an award has never been the work of an individual.”

Lim’s work as the associate director of bioinformatics at Stoke Therapeutics involves analyzing and understanding severe genetic diseases, including Dravet Syndrome – a progressive epileptic disease that begins in childhood and increases risk of sudden unexpected death in epilepsy (SUDEP), and, in cases of survival, cognitive regression, developmental stagnation and other neurological impairments.

“It’s heartbreaking for parents to learn that their child could end up in a wheelchair and have difficulties communicating,” he said. “So, we’re hoping to develop a medicine that could potentially impact their recovery.”

If all goes well, the treatment could prevent the occurrence of seizure and potentially reduce significant non-seizure comorbidities, including developmental deficits. It’s a hope that Lim, along with his fellow researchers at Stoke Therapeutics, are working tirelessly to make reality.

His other effort, COV-IRT, involves collaborating with top researchers at the NASA Ames Research Center and around the globe to analyze data from COVID-19 patients, build and develop vaccines and test new therapies as an open science collaborative group.

“We really want to promote reliable scientific information about the pandemic to the public and to help the community’s overall understanding of COVID-19,” he said.

When he enrolled at UNT in the early 2000’s, he had intended to earn his degree in computer science. He did. But what he hadn’t expected was to find his calling in computational analysis – a passion he discovered thanks to the opportunity to do research as an undergraduate student.

“I realize I’m very fortunate to be given opportunities to participate in research early in my career at UNT,” he said. “At the end of the day, this opportunity completely turned me on to a different path. I realized what we do could potentially have an impact and I think that’s honorable.”

Lim studied under Farhad Shahrokhi, a professor in UNT’s Department of Computer Science and Engineering, and Armin Mikler, now chair of the Department of Computer Science at Georgia State University. He says the two faculty members taught him the importance of using functional assays in validating computational analysis and how the two processes could feed into each other to answer demanding scientific questions.

“This interdisciplinary training has taught me to think beyond zeroes and ones and continued to be extremely resourceful in my career development,” he said. “Farhad and Armin taught me how to think, not what to think. They are mentors of the highest caliber, and none of my accomplishments would have been possible without the training I received from them.”

Lim credits his time at UNT as preparing him for his lifelong career in computational biology and data science. Now, the 40 under 40 rising star and emerging leader is considering taking the next step: entrepreneurism.

“I’m thinking of giving an idea a try, and seeing if it’ll make an impact. I’d like to be able to take a large amount of genomics data and display them via infographic and various visualization techniques so people can better understand their genetics and health,” he said.

Lim says the early-stage development is funded by the Amazon AWS Activate program, and is optimistic about the possibility of launching it early next year.