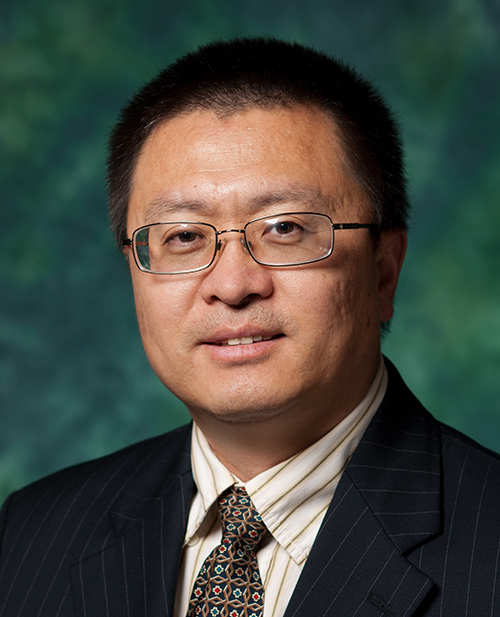 Mechanical and energy engineering professor Sheldon Shi was recently named Fellow by the International Society of Wood Science and Technology (SWST), an internationally-recognized professional organization of wood scientists, engineers and other professionals concerned with raw materials used in the production of biofuels.

Nominated for his expertise within the field of bioproducts and his contributions to the society, Shi has been extensively involved in multiple committees within SWST, including serving successively on the executive board as executive director, vice president, president-elect and president of the society. He also chaired the membership committee and scholarship committee.

“It’s truly a great honor to be named a Fellow of SWST, and to be recognized by my peers within the field,” said Shi. “I’m very humbled, and I very much appreciate it.”

Since joining UNT, Shi has brought in nearly $700,000 in research grants from the National Science Foundation, the U.S. Department of Agriculture, and industrial partners. He also published 193 peer-reviewed papers, more than 110 proceeding papers and five book chapters, and served as editor of the new book, “Natural Fiber Composites,” to be published later this year.