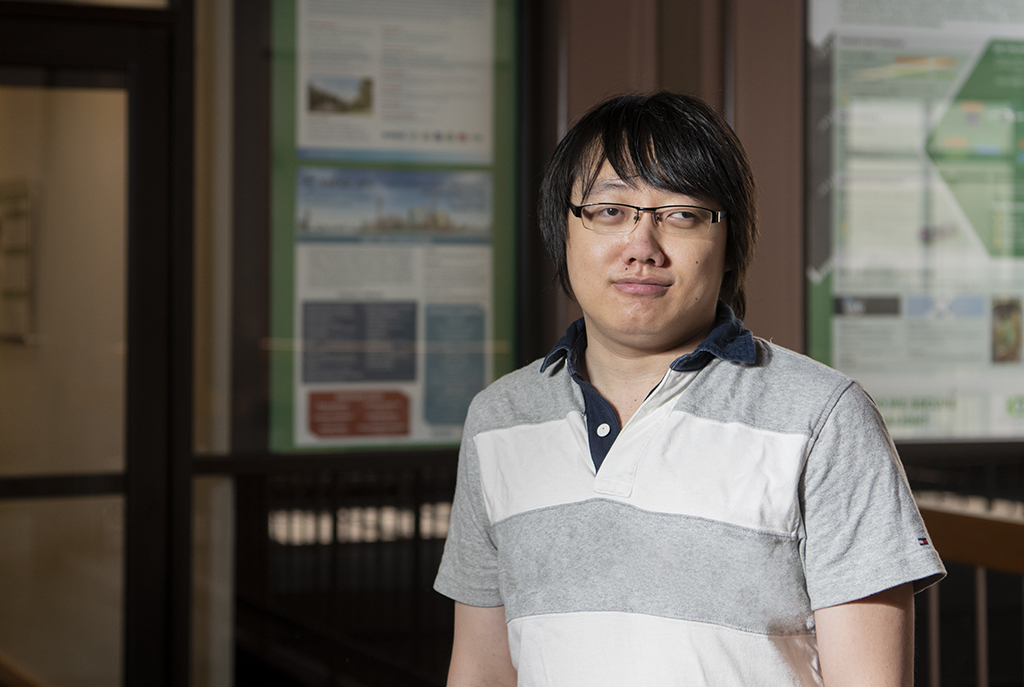 Imagine a world in which you could privately send and receive information on the web without anyone – not Google, Bing, or any other search engine – tracking that data. That’s what Hua Sun, an assistant professor in the Department of Electrical Engineering, is trying to do.

Sun considers himself a mathematician in an engineer’s world, and this problem to be nothing more than encrypted ones and zeros. Ok, well, maybe just a bit more. Sun’s research focuses on private information retrieval, and thanks to a new $218,259 National Science Foundation grant, he will be able to dive deeper into the fundamentals of understanding what is and isn’t possible in the field.

“Take a soldier, for example,” he said. “A soldier may need to make an electronic search or request while deployed, and maybe he doesn’t want to reveal where he’s actually located, so this research would help us understand how to breakdown his request in a way that’s private and secure, and then mesh it back together to a sensible response for the soldier.”

Sun’s goal is to build a model that mixes and breaks the information down into tiny bits of data, or code, that are then sent to several individual servers that will each keep or process a single piece of data. Once processed, the data will then make its way back to the requestor following that same general flow. He says the challenge lies in both the design of the mixing and breaking strategy and its efficiency.

“We want to be able to code and decode the information efficiently so the request doesn’t reveal the behavior of the requestor, but also allows them time to use the data collected to respond or react to what they’re doing,” he said. “So, you could break your request down into millions of pieces or additional questions to create a more private or secure search, but if it’s not fast enough, you could miss the golden time or opportunity to implement it.”

His research could have a large impact in the defense industry in the future, but for now, he’s focused more on the academic side of it.

“As researchers, we are motivated more by curiosity than immediate applications,” he said. “I’m excited to look at the theoretical side of this and build a model where we could really understand how best to send and receive information privately.”