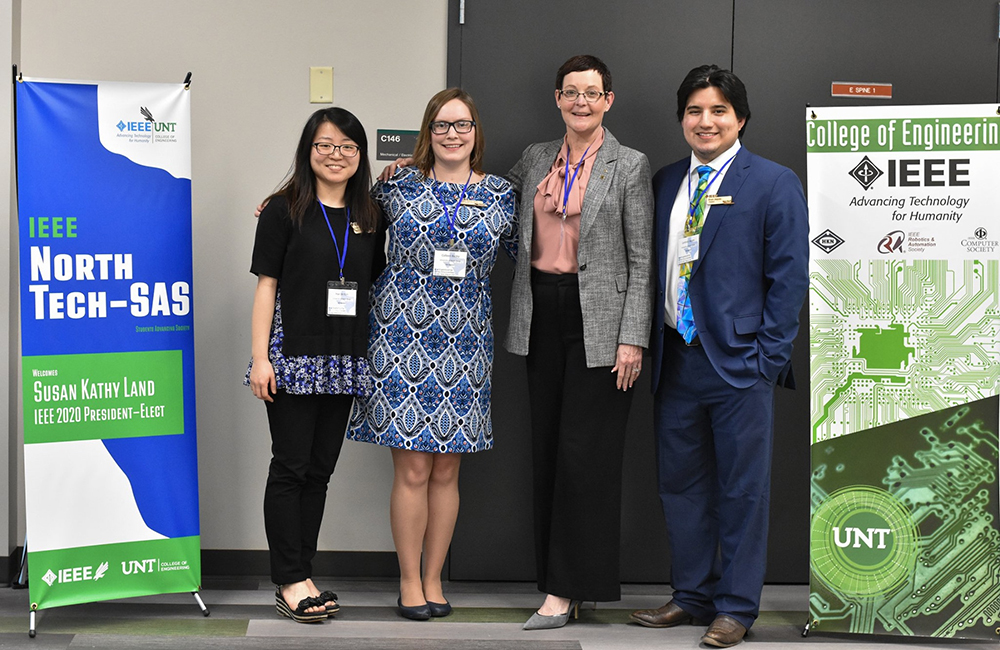 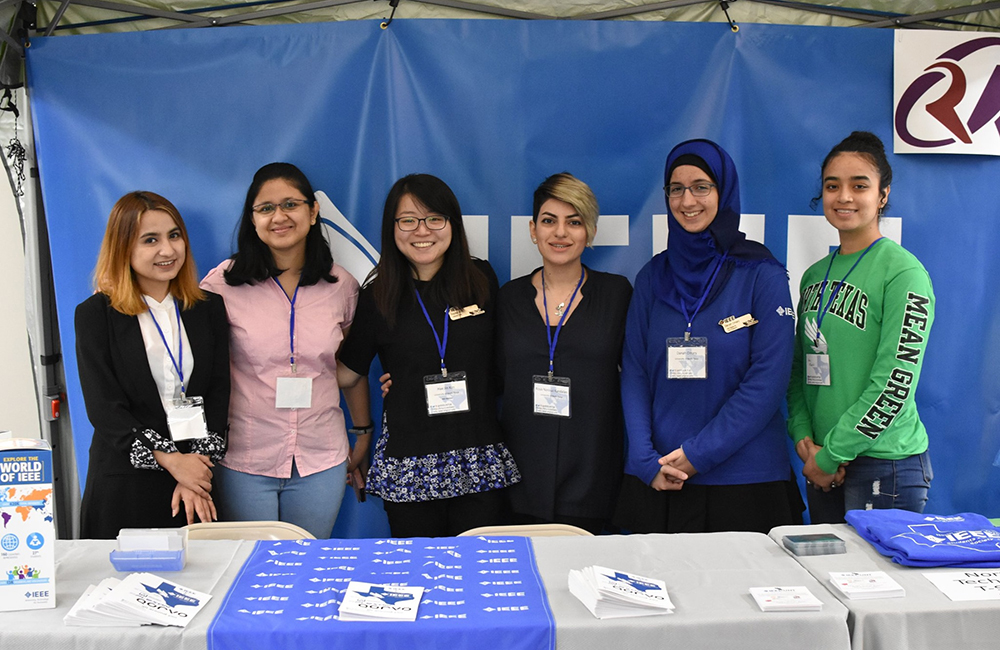 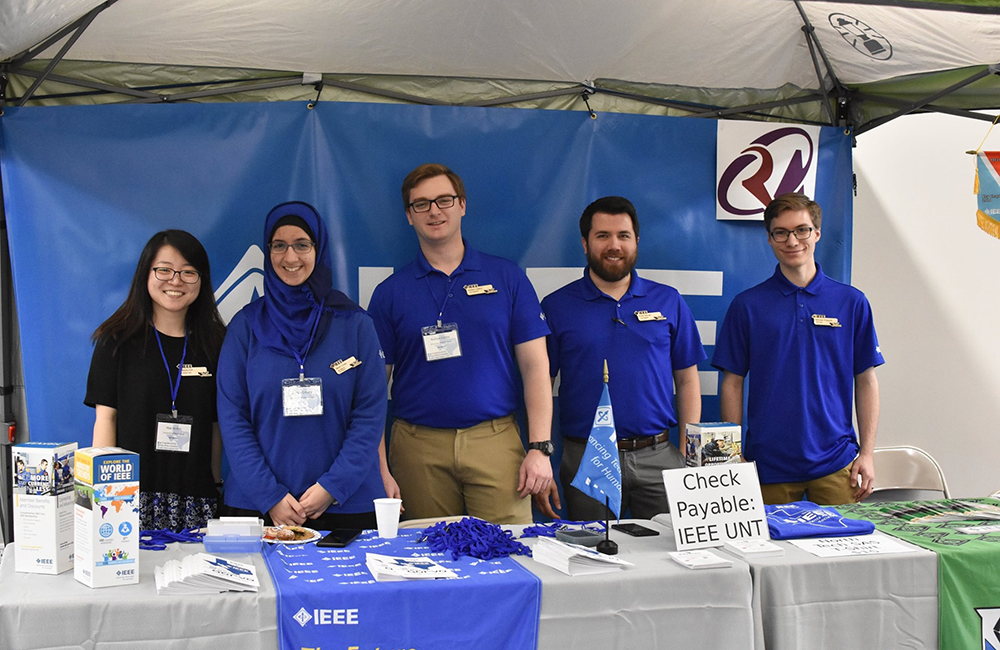 Having launched a little over a year ago, the IEEE-UNT student chapter has received recognition from its parent organization, the Institute of Electrical and Electronics Engineers (IEEE). The student chapter received the Outstanding Large Student Branch Award and its advisor, Colleen Bailey, was recognized with the Outstanding Branch Counselor Award.

Since its inception, IEEE-UNT has held numerous events and activities, including study halls, on-site industry tours, resume workshops, as well as partnering with HKN, the honors society associated with IEEE, to host recitations in some of the more challenging electrical engineering courses.

For Engineers Week this past spring, IEEE-UNT set their sights a little higher with a goal of bringing IEEE President-Elect Susan “Kathy” Land to campus. The large-scale event, IEEE North Tech-SAS, invited all IEEE chapters from across North Texas to explore what the future of engineering holds with a talk and breakout session with Land and a guest presentation from UNT System Chancellor Lesa Roe.

“On the whole, this past year has really been about building the chapter and trying to establish what we want to do and what role we want to fill on campus,” said Bailey, Department of Electrical Engineering assistant professor and IEEE-UNT advisor.

Bailey has been with the group since the beginning, encouraging and helping the students achieve their goals and make IEEE-UNT what it is today.

“Dr. Bailey lets us steer the ship and grow into our positions,” said IEEE-UNT President Lorenzo Jaques. “She’s been good about guiding us and making sure we’re successful in what we set out to accomplish. She’s really been an outstanding advisor for this group.”