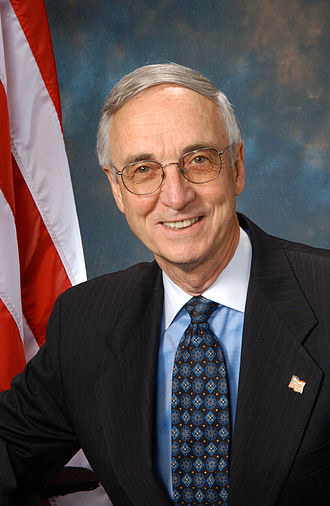 The University of North Texas College of Engineering is excited to announce the addition of the Honorable Gordon England to our Electrical Engineering department as our newest Distinguished Professor. England comes to UNT after an impressive career in multiple highly technical organizations.

With the addition of England, the college sees the value his 40 years of experience brings to not only the students but to our younger faculty as well. England imparted “I joined UNT because I was impressed with the top faculty, the engaged administration, and the bright, committed student body. UNT is on the right path to be a leading nationally recognized University and I wanted to be a part of its successful journey. My immediate goal is to assist the Department in expanding and growing its research program.”

While completing his Bachelor of Science in Electrical Engineering at the University of Maryland, College Park, England served as president of the IEEE chapter. With his graduation came the opportunity to work on the Project Gemini space program as an engineer for Honeywell. From there he advanced as a practical engineer while completing a Master of Business Administration at Texas Christian University.

England went on to be president of several billion-dollar companies including GD Fort Worth Aircraft Company as it was sold to Lockheed. He has been confirmed by the senate four times under President George W. Bush becoming the Secretary of the Navy twice, the first Deputy Secretary of Homeland Security, and the 29th Deputy Secretary of Defense. Over the years, England has received multiple national and international awards and honors.

It is with extreme pleasure that the College of Engineering welcomes England to the UNT Family.