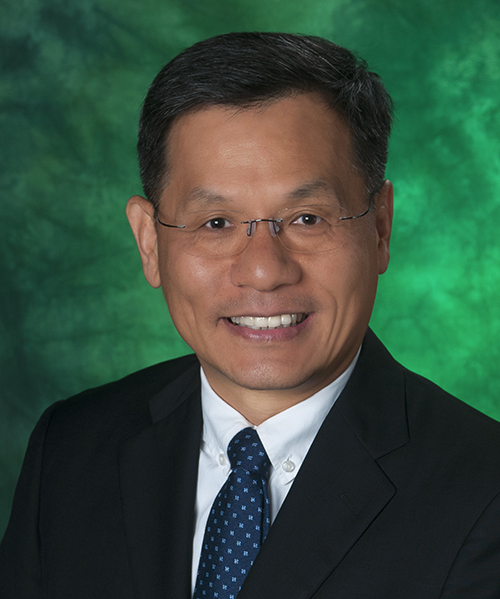 Wonbong Choi, a joint professor in the departments of Materials Science and Engineering and Mechanical Engineering, was awarded the Research Leadership Award from the Division of Research and Innovation. The recognition is part of the prestigious annual Research Creativity Awards and comes with a $5,000 award.

The award goes to a faculty member who has been with UNT for at least five years and is in a full-time tenured/tenure-track appointment whose research accomplishments or creative endeavors have been truly outstanding.

"Dr. Choi has made a significant impact on UNT by enhancing opportunities for his colleagues, the department’s students, and UNT," said Narendra Dahotre, Regents Professor and associate vice president for the Center for Agile and Adaptive Additive Manufacturing (CAAAM). "He spends considerable time each day mentoring his students and collaborating with faculty on new research projects and grants."

Choi’s research focuses on nanomaterials and their applications in nanoelectronics, energy storages, and bioelectronics. Recently, he’s received two new grants from the Department of Defense – one on studying high-charge transport in 2D materials and another focused on developing a suite of self-powered wireless sensors and wireless interfaces for unmanned aerial vehicles (UAVs) with Co-PI and electrical engineering Associate Professor Ifana Mahbub.

Since joining UNT, Choi has brought in multiple grants from the National Science Foundation, Department of Defense, Air Force Office of Scientific Research, Department of Energy and industry totaling more than $2.5 million. He has published more than 50 peer-reviewed journal papers in high-impact journals, such as Nature Nanotechnology, Materials Today and ACS Nano, in addition to six patents. One of his patents has been licensed to a start-up company to make the technology for practical rechargeable batteries. He has also mentored seven doctoral students, four master’s students and 10 undergraduate students.

Choi received the prestigious Materials Research Society (MRS) Medal Award at an early age in 2006, and was recognized as the MRS Fellow in 2009, the youngest at the time. His research articles have been cited more than 16,000 times with an H-index of 64.