Vanishing friction: how close are we? a historical perspective

Friction and wear between moving mechanical assemblies (MMA) collectively consumes nearly a quarter of world’s energy output and causes more than 8 Gigatons of CO2 emissions annually [1]. With increasing mobility and industrial activity, there is no doubt that adverse impacts of friction and wear of such MMAs on energy, environment, global economy will continue to intensify. Accordingly, as tribologists, if we can lead the way toward far more efficient, green, and long-lasting MMAs, we can reverse this unsustainable trend and hopefully save our planet from major ecological and environmental disasters. In recent years, great strides have been made in the design of new materials, coatings, and lubricants affording friction coefficients down to 0.001 level [2]. Such a remarkable progress in literally vanishing friction is largely due to many concerted efforts and worldwide collaborations centered around the creation of novel materials, surfaces, and interfaces causing little or no friction even at macro or engineering scales. In this presentation, a comprehensive overview of what makes and breaks superlubricity will be provided in relation to the many intrinsic and extrinsic factors that are in play starting from the onset of sliding to running-in and well into steady-state. In light of the recent analytical, experimental and computational findings, an attempt will also be made to recap those underlying mechanisms that are most responsible for such superlubric sliding behaviors. In particular, recent mechanistic studies on highly ordered 2D materials (like graphene, MoS2, HBN, MXene, etc.) and disordered DLCs are highlighted in relation to their structural peculiarities and operating environments. Recent developments in liquid superlubricity will also be covered and their promise for the development of more efficient mechanical systems will be discussed. Overall, these and other novel studies are leading the way for the design and production of next generation MMAs that can potentially vanish friction in real applications and hence save energy, improve durability, and thus protect the environment for a sustainable future. 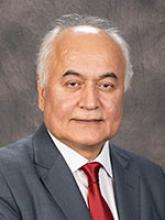 Dr. Ali Erdemir is a Professor and Halliburton Chair in Engineering in the J. Mike Walker ’66 Mechanical Engineering Department of Texas A&M University, College Station, Texas, USA. In recognition of his research accomplishments, Dr. Erdemir has received numerous coveted awards (including STLE’s International Award, ASME’s Mayo D. Hersey Award, JAST’s Distinguished Tribologist Award, the University of Chicago’s Medal of Distinguished Performance, six R&D 100 Awards, two Al Sonntag Awards and an Edmond E. Bisson Award from STLE) and such honors as being elected to the US National Academy of Engineering, European Academy of Sciences and Arts, World Academy of Ceramics, The Science Academy of Turkey, and the presidency of the International Tribology Council and STLE. He is also a Fellow of AAAS, ASME, STLE, AVS, and ASM-International. He has authored/co-authored more than 300 research articles and 18 book/handbook chapters, co-edited four books, presented more than 200 invited/keynote/plenary talks, and holds 33 U.S. patents. His current research focuses on bridging scientific principles with engineering innovations towards the development of super-hard and -low-friction materials, coatings, and lubricants for a broad range of cross-cutting applications in manufacturing, transportation and other energy conversion and utilization systems.