Online Zoom - Email mechanical@unt.edu to be added to invite

Icing of an aircraft occurs when it flies through a cloud of small supercooled water droplets. A portion of the water droplets impinges on the aircraft components and results in ice formation. The growth of ice on an aircraft wing results in a sharp increase in drag and a reduction in lift. This causes a deterioration in the aerodynamic performance of the aircraft. From a thermodynamics standpoint, however, two types of ice accretion mechanisms have been identified, resulting in two physically and geometrically different formations. For low liquid water content, air temperature, and flight speed, the accreting ice is characterized by a white opaque color and a low density (less than 0.917 gm/cm3). This formation is called rime ice and is more likely to occur on relatively streamlined shapes extending into the incoming air. Rime ice forms upon impact of the water droplets with the surface and is characterized by a freezing fraction of unity. When both the liquid water content and the flight speed are high, while the air temperature is near freezing, the resulting ice formation will be characterized by a clear color and much higher densities. This mechanism of formation results in glaze ice which is usually associated with the presence of liquid water and a freezing fraction less than one. The objective of this presentation is to provide a review of the historical development of this important problem and how researchers over the past 80 years have tackled the problem. 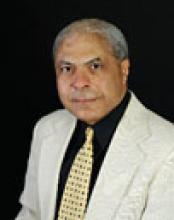 Dr. SA Sherif is a tenured Professor of Mechanical and Aerospace Engineering and is the Founding Director of the Wayne K. and Lyla L. Masur HVAC Laboratory, the Director of the Industrial Assessment Center and the Director of the Mobile Energy Laboratory at the University of Florida. He served as Co-Director of the Southeastern Center for Industrial Energy Intensity Reduction at the University of Florida (2009-2013). He is a Life Fellow of ASME, a Life Fellow of ASHRAE, a Fellow of the Royal Aeronautical Society, an Associate Fellow of AIAA, a Vice President of Commission B-2 on Refrigerating Equipment of the International Institute of Refrigeration, a Member of the Advisory Board of Directors of the International Association for Hydrogen Energy, and a Founding Member of the Board of Directors of the American Society of Thermal and Fluids Engineers (ASTFE). He is the 2013-2014 Chair of the ASME Heat Transfer Division and a member of the ASME’s Basic Engineering Group Operating Board (2010-2014). He is also the 2002-2003 Chair of the ASME Advanced Energy Systems Division and a past chair of the Steering Committee of the Intersociety Energy Conversion Engineering Conference (2001-2003). He also served as a member of the ASME’s Energy Resources Board (2001-2003) and was the Board’s representative to the ASME’s International Mechanical Engineering Congress Committee (2003-2006). Dr. Sherif currently serves as Technical Editor of the ASME Journal of Solar Energy Engineering (1/2020-1/2025). He also served as Technical Editor of the ASME Journal of Thermal Science and Engineering Applications (1/2014-7/2019) and as an Associate Editor of the ASME Journal of Heat Transfer. He currently serves as Associate Editor, Subject Editor or a Member of the editorial board of 22 other thermal science journals. He has given over 150 invited lectures worldwide and has close to 300 papers, 22 book chapters, 29 edited bound volumes, 170 technical reports, two US patents, and one book. He currently serves as an ABET Program Evaluator (PEV) in Mechanical Engineering (2019-2024).