The University of Pittsburgh (UoP) began using mechanical circulatory support devices in fall, 1985 … a Jarvik-7 total artificial heart as a bridge-to-cardiac transplantation. In the intervening years a total of 1,365 UoP heart failure patients have been implanted with various mechanical circulatory support devices; this includes 75 pediatric patients who were supported due to congenital and/or acquired cardiac defects. A unique feature of the UoP program is the participation of more than 150 engineering students in the clinical support of these patients. These engineers participate in all aspects of patient support … from the operating room to preparing the patients and their caregivers for hospital discharge. The clinical experiences for the engineers have also served as the basis for numerous M.S. and Ph.D. dissertations, which focus on the limitations of mechanical circulatory support technology and how these limitations could be addressed. This talk will describe this marriage of clinical practice and bioengineering as applied to heart failure patients supported by mechanical circulatory support technology. The impact on the student engineers of working at the interface between state-of-the art technology and patient care will be discussed as will the impact bioengineering students have on the care of these heart failure patients. 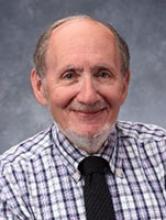 Dr. Harvey Borovetz is distinguished professor and former chair (2002-2013) in the Department of Bioengineering, Swanson School of Engineering at the University of Pittsburgh, a professor of Chemical and Petroleum Engineering, a professor in the Clinical and Translational Science Institute, University of Pittsburgh School of Medicine, a University Honors College Faculty Fellow and, the Robert L. Hardesty Professor in the Department of Surgery, University of Pittsburgh School of Medicine. Within the McGowan Institute for Regenerative Medicine, Dr. Borovetz holds the position of Deputy Director of Artificial Organs and Medical Devices.
After receiving his BA in Physics from Brandeis University in 1969, Dr. Borovetz went on to earn an MS and a PhD degree, both in bioengineering, from Carnegie Mellon University in 1973 and 1976, respectively. Dr. Borovetz's current research interests are focused on the design and clinical utilization of cardiovascular organ replacements for both adult and pediatric patients.

Since 1986, Borovetz has served as the academic liaison for the University's Clinical Bioengineering Program in Mechanical Circulatory Support. This program supports patients who are implanted with a left ventricular assist device, or bi-ventricular assist devices, as a bridge to cardiac transplantation or bridge to recovery. This work in mechanical circulatory support follows Dr. Borovetz's early efforts in which he helped cardiac surgeons apply extracorporeal membrane oxygenation (ECMO) to treat successfully a large series of neonates in respiratory distress.

Dr. Borovetz is past member of the Board of Trustees of the American Society for Artificial Internal Organs (ASAIO), and a past member of the Board of Directors of The Biomedical Engineering Society. In 1999 and 2000, Dr. Borovetz spent one-half time at the NIH, where he served as a Health Sciences Administrator for the Bioengineering Research Group of the National Heart, Lung, and Blood Institute. Dr. Borovetz served as the inaugural principal investigator for a 5-year Translational Partnership Award from The Wallace H. Coulter Foundation focusing on solutions to unmet clinical needs through partnerships among clinicians and bioengineers. He is Executive Director, NSF Engineering Research Center on “Revolutionizing Metallic Biomaterials,” a multi-institutional award involving North Carolina Agricultural & Technical State University, the University of Pittsburgh, the University of Cincinnati and Charité University, Berlin. Dr. Borovetz holds 7 patents and is an author on hundreds of journal articles, abstracts, proceedings papers, monographs, and book chapters.