General electromobility is increasingly becoming a necessity as a part of the global efforts to reduce carbon emissions. Although investments in electric vehicle (EV) technology and infrastructure has increased tremendously in recent years, market acceptance of EVs has been rather slow mostly because of the inadequate energy density of EV battery which is currently based on Li-ion battery (LIB). Increasing the energy density of an LIB makes it lighter and cheaper. Most importantly, it also increases the driving range which has limited the consumer appeal for EVs. To reach the driving range of 300 mile per single charge, which is considered as the threshold for increasing the EV market share, LIB requires its cathode to deliver a discharge capacity well above 200 mAh g-1. Although myriad LIB cathode materials have been proposed, layered-structured Li[NixCoyMnz]O2 (NCM) and Li[NixCoyAlz]O2 (NCA) are the most successful cathode materials that have been employed in recent EVs. Currently, Tesla, which may be the most prominent EV producer, uses the Panasonic Li[Ni0.84Co0.12Al0.04]O2 cathode in its Model S and Model X. However, reaching the threshold discharge capacity using these cathode materials has been challenging because increased discharge capacity gained by Ni-enrichment is quickly traded off by rapid capacity fading during cycling. In this presentation, we review comprehensive picture of the electrochemical performances and propose capacity fading mechanism of the NCM and NCA cathodes. 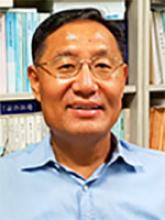 Professor Yang-Kook Sun is a world leading researcher in energy storages. He is the author of more than 500 publications in peer-reviewed scientific journals (~50,000 citation, H-Index 114) and 450 registered and applied patents. He is a senior editor of ACS Energy Letters and Editor of Journal of Power Sources. He presently Professor of Energy Engineering at the Hanyang University in Seoul, South Korea. He received his PhD in chemical engineering at the Seoul National University in 1992. He was group leader at Samsung Advanced Institute of Technology and contributed to the commercialization of the lithium polymer battery. His major research interests are design, synthesis, and structural analysis of advanced energy storage, and conversion materials for application in electrochemical devices, lithium-ion, lithium-sulfur, lithium-air, and sodium-ion batteries. One of his major achievements is the discovery of a new concept of layered concentration gradient NCM cathode materials for lithium-ion batteries. He is a Fellow of Electrochemical Society and received several awards including Technology Award in Battery Division of Electrochemical Society, Kyung Ahm Academic Award, National Green Technology Award (Korea Industrial Technology Association), R&D 100 Award, R&D Magazine, Research Award in Battery Division of Electrochemical Society.