Electrochemistry at the macromolecular level with self-assembled block copolymers

Directed self-assembly (DSA) of block copolymers (BCPs) has made an indelible impact for next generation lithography because it seeks to create high density patterns with sub-10 nm feature sizes over large areas. This talk will discuss how self-assembled BCPs can be easily converted to well-ordered, nanostructured block copolymer electrolytes (BCEs). These ordered polymer electrolytes have proved useful for understanding how percolation and tortuosity govern ion transport and, more recently, effective for understanding ion-partitioning and selectivity when interfaced with liquid electrolyte solutions. The latter affect relates to the dissociation of ionic groups and is often described as counterion condensation. Using advanced metrology (environmental GI-SAXS, QCM, thin film conductivity, ICP-OES, and LC-MS) and classical molecular dynamics (MD) simulations, our team has identified and quantified counterion condensation in nanostructured block copolymer electrolytes. Interestingly, we show that Manning’s Theory of Counterion Condensation, an elegant and simple model, can be used to predict the activity coefficients in the block copolymer electrolytes by knowing the Manning parameter – a dimensionless variable that normalizes the Bjerrum length to the average distance between fixed charges in the ion containing block. Based on experimental and MD simulation observations, we propose that solvation is critical for breaking ion-pairs in polymer electrolytes. and that the notion of two distinct classifications of ions (condensed and non-condensed) may not be the most representative molecular picture despite its utility for predicting experimental data. The final part of our talk will highlight our recent effort to convert nanostructured BCEs into high density, nanostructured electrocatalysts featuring precious metals. Because BCEs are versatile in terms of their morphology and periodic feature sizes, we have adopted the BCE templating approach to systematically relate catalyst morphology to electrochemical reactivity. 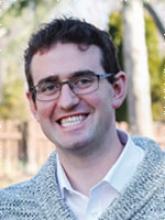 Chris Arges is the Gordon A. and Mary Cain Assistant Professor in the Cain Department of Chemical Engineering at Louisiana State University (LSU). His research interests lie at the confluence of polymer science and electrochemical engineering. He is the recipient of 3M’s Non-Tenured Faculty Award and LSU’s Rising Faculty Research Award. His research has been sponsored by NSF and DOE. Prior to starting his independent career at LSU, Chris was a Postdoc Fellow at the University of Chicago.