In 2016, wood panel consumption in China was 320 m3, which was the half of the total consumption in the world. About 90% of these panels in China were fabricated using formaldehyde-based resin as adhesives, resulting in formaldehyde emission issue. Bio-based adhesives are promising alternatives, addressing the concerns on formaldehyde emissions and also reduce the dependency on petroleum resources. The soy protein material is low cost, renewable, and biodegradable. However, the applications of the soy protein-based adhesives are limited by their low bonding strength and poor water resistance. In this presentation, a short review of the protein-based wood adhesives was presented. The industrialized applications of the resultant adhesives and the new exploration of wood adhesive are discussed. 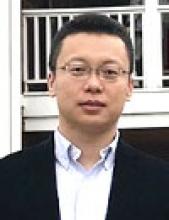 Dr. Qiang Gao received his Ph.D. degree at Beijing Forestry University, China in 2012. Then he joined the faculty at Beijing Forestry University as a Lecturer and promoted to Associate Professor. During year 2010 – 2011, he received scholarship to come to Mississippi State University (MSU) as a joint Ph.D. student. In 2011, he won the first place award for the student poster competition at the Annual Convention, Society of Wood Science and Technology (SWST) in Portland, OR. In 2017, he received national distinguished young scholar award in China. Dr. Gao’s research area in on the low toxic urea formaldehyde resin formulation protein/polysaccharide based adhesive, and nano material. He has received several funding from National Natural Science Foundation of China, including the special funding for outstanding young scholar (1.3 Million). As of now, he has published over 50 research articles, one book, and over 10 patents.