There are numerous instances in ancient history where tribological innovations have made significant impacts on the Society. Transportation of massive objects by the Egyptians in 200BC, for example, was facilitated by using sledges dragged over lubricated wooden boards. It is somewhat ironic that in modern times, the approach for designing a moving mechanical assembly has been to identify the lubrication strategy after final decisions on materials selection and fabrication routes have already been put in place. However, an engineering material for a tribocomponent, whether it is for the Wright Brothers’ Engine that powered the first historic flight at Kitty Hawk or for the modern satellite, must meet the desired balances between physical, mechanical and tribological properties. With illustrations from our research at Sandia National Laboratories (aluminum metal-matrix composites, diamond-like nanocomposite coatings, nanostructured MoS2 coatings), the concept of ‘materials design’ tailored to meet these diverse requirements, and manufacturing routes to synthesize such materials, shall be presented. 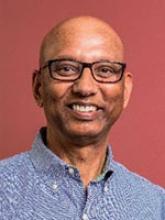 Somuri V. Prasad (Prasad) is a Principal Scientist & Engineer at Sandia National Laboratories, Albuquerque, NM, and a Research Professor at the University of New Mexico. He received his Ph.D. in Materials Science from the University of Sussex in England in 1977 under the mentorship of R. W. Cahn, FRS. He was elected as a Fellow of the Society of Tribologists and Lubrication Engineers (STLE) in 2004 and a Fellow of the ASM-International in 2008. Before joining Sandia National Laboratories in 1999, Prasad has worked at the Air Force Research Laboratory, Wright Patterson Air Force Base, Ohio (1990-1999) and at the Indian Council of Scientific and Industrial Research (1978-1989). He has authored/co-authored over 100 technical publications in peer-reviewed journals and gave several keynote and plenary talks at international conferences. He is the co-inventor of four US patents. Dr. Prasad is the co-recipient of the Diatome Award from the Microscopy Society of America (1995), Al Sonntag Award from STLE (2011), US AFOSR Star Team Award (1991/1994-99), US National Nuclear Security Agency Award of Excellence (2009), and the Asian American Engineer of the Year Award (2015).