Heat transfer in dilute emulsions undergoing phase change of the suspended component has been a subject of interest since Mori initiated systematic investigations in the late 1970s. Early advances in measuring heat transfer coefficients were made by Ostrovskiy and Gasanov and co-workers. More recent research corroborates and quantifies these early findings and extends them with respect to the composition of the emulsion. Most of them deal with pool boiling on either a heated wire or flat surface in free convection. The consensus outcome of these experiments is that pool boiling is initiated on nucleation sites on the heat transfer surface and that increased heat transfer coefficients are a result of mixing produced by vapor bubbles in the thermal boundary layer, not a result of phase change energy which is comparatively small for dilute emulsions. Visualization of the boiling process substantiates this conclusion. In this seminar, I review early efforts to develop empirical heat transfer laws and understanding of the influence of various quantities on convective heat transfer coefficients in pool and flow boiling. Modeling to predict droplet nucleation rates and the role of surfaces on initiating boiling of droplets of the suspended component will then be described, and a review of recent efforts to solve the governing partial differential equations will be described. Key to these solutions is how interphase transport and droplet interactions affect nucleation rates. A new model for droplet boiling is described from a physical perspective and includes droplet contact with the heated surface, collisions between droplets and bubbles, and chain boiling due to collision during the boiling process. 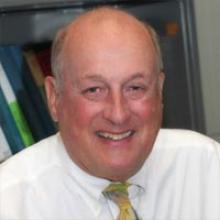 Dr. Frank Kulacki received his education in mechanical engineering at the Illinois Institute of Technology and the University of Minnesota. His research interests include coupled heat and mass transfer in porous media, two-phase flow in micro-channels and micro- gaps, boiling of dilute emulsions, natural convection heat transfer, heat transfer in metal foams, hybrid renewable energy systems, thermal energy storage technology, energy policy, and management of technology. His publications include over 200 articles and four monographs. Dr. Kulacki is the Editor of SpringerBriefs in Thermal Engineering and Applied Science, the Springer Mechanical Engineering Series, and the Springer Handbook of Thermal Science and Engineering (2018). His administrative responsibilities include department chair at the University of Delaware, dean of engineering at Colorado State University, and dean of the Institute of Technology (now the College of Science and Engineering) at the University of Minnesota. He has served as Chair of the ASME Heat Transfer Division and had extensive involvement with ASME committees and task force projects. Dr. Kulacki is a Fellow of ASME and the American Association for the Advancement of Science. He has received the ASME Distinguished Service Award and the George Taylor Distinguished Service Award of the Institute of Technology at the University of Minnesota. In 2015 he received the ASME’s Heat Transfer Memorial Award, and in 2017 he received ASME’s E. F. Church Award which recognized his scholarship and administrative achievements in engineering education.